skip to main | skip to sidebar

Well, we finally took the plunge and listed Part of our Farm in Packwood on Hipcamp.
If you don't know about Hipcamp find more here.
We Listed the Parcel that is 1 acre in size and are starting with 7 Primitive sites that people can pitch a tent. as time goes on we'll add more amenities like composting toilets, Running water etc.
Our Long term plan is to develop it into a 20-30 site with spots for RV back-in's with a main cabin with a retail store on the bottom and a rentable upper second level. We want to dedicate one spot for  campground Host./ Farm Assistant
The idea is also to provide places for people to stay while we conduct Permaculture/sustainable
Farming Seminars

the USDA has a program to provide finiciancial asstance to set aside land for honeybee protection it's called :


Actor Morgan Freeman declared that he has created a " Bee Sanctuary" to save the bees.
ok, well I have to admire anyone wanting to do their part for the honey bee but come on Morgan, 25 hives Really??  I also read that he is not going to do any intervention for mites, diseases etc.  I would like to see his records on how many of those 25 hives survived the first winter of 2015, 2016 etc ect. What do I really think, well it's just a publicity stunt. now Morgan, if you were really serious about the plight of the Honeybee how about donating say, 100K to a university doing research on CCD.
Posted by beanstock2 at 9:39 PM No comments:

Getting Ready for the Bees.

Two years ago, i decided to get bees, but at the time, it was going to be a part time hobby, to produce a little honey for ourselves and family.
However due to changing circumstances,  I have decided to make it a more prominent endeavor on the farm.  Unfortunately,  the hive that i had died last winter. I may have been partly my fault due to my inexperience in beekeeping.  I was going off the presumption that i knew enough from raising bees with my Father 35 years ago, but many things have changed since then. The rampent use of pesticides,  new diseases,  and new pests., most notably,  the Varroa Destructor.

That being said i decided it was time to get more knowledgeable about modern beekeeping.
I found out  at the February meeting pf the West Sound Beekeeping club thst they were going to be offering a 6 week course in beginning beekeeping.  I decided that if i was serious about beekeeping tha i needed to get my butt in that class.  It's been 5 weeks now and WOW, have i learned a lot.  Two more weeks to go, and several weeks after that, I'll be getting tow new bee hive packages, from improved bloodlines from California. 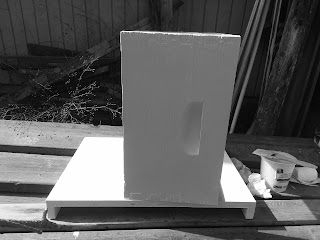 Posted by beanstock2 at 3:23 AM No comments:

We are now on Agrilicious

welcome if you have found us from the link on Agrilicious
Please keep reading past post to check out what we have been doing and a little bit on our
farm history Thanks for visiting!!
Posted by beanstock2 at 4:03 PM No comments:

Well, as you can maybe surmise by my previous posts is the pig project mostly failed. but not for trying.
After spending time reflecting on just went wrong I have distilled it down to 3 conditions

1. Expensive feed: I was not able to procure enough cheap feed like many other pork producers do.

2. Got in to Pig Breeding/ Rasing instead of starting slow and just rasing feeders.

3. Transportation. After the Truck broke down, I was spending so much money on feed that I could never get enough money to get the truck fixed... Everything spiraled down from there.

On the upside, the pigs did a fabioulous job of clearing the land so there's that.

I have now decided to get started (slowly) into the garden market business.
I just started learning the strategies from Curtis Stone, you can find out more about Curtis on
YouTube https://youtu.be/1MNhtcagNO0.
I am currently taking his online course and hope to replicate what he has done but on a smaller scale
his plan is based on a 1/4 acre..... more to come

UPDATE: After much pondering i have decided to get back into the bee business.
With the continued detorating health of my wife, and the limitations of still having a full time job, i believe that raising bees for pollination and honey, it is the best option for me at this time.....
Posted by beanstock2 at 8:04 AM No comments:

Due to Health Problems I must Reduce my Herd size to a more manageable number.

These Pigs are for Sale: ALL PIGS ARE SOLD !! THIS POST IS BEING SAVED FOR HISTORICAL PURPOSES ONLY


ALL THESE PIGS ARE PUREBRED-COME FROM REGISTERED STOCK 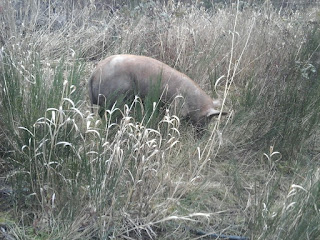 Spot was born July 17 2015, Spot is very Friendly he
will come up to me in the field just to get a
scratch behind the ears, He would make a great herd
sire for someone who wants to X-breed possibly
with a Herford, GOS, Large Black would be
my suggestions
ASKING 200.00
**SALE PENDING-DEPOSIT** 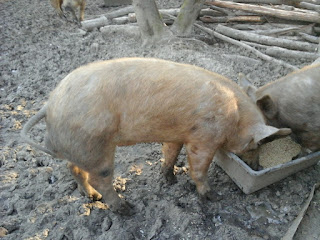 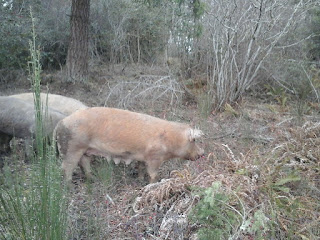 Guinerevere , one of our orginal herd sows
she is Regestered with Tamworth Assn.
ASKING $ 200.00
**SOLD**
THANKS DUSTIN

Savanna, the other original  herd sows,
she is a older sow but in the right conditions
could produce you a couple litters
ASKING $ 200.00 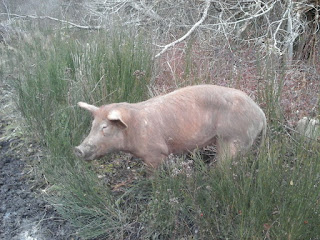 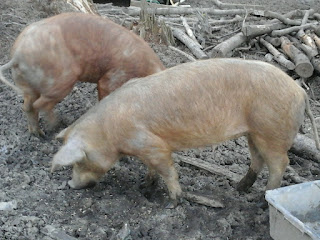 Ruby, Curley Joe's and Lucy's Sister and litter
mate, She Farrowed 13 Last year, a excellent mother
will produce many litters for you, keep her for
several litters and still sell her for the same as
you Paid  ASKING $ 400.00 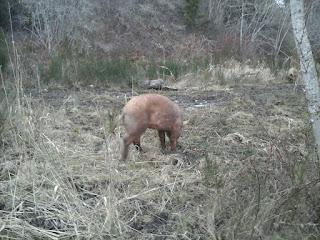 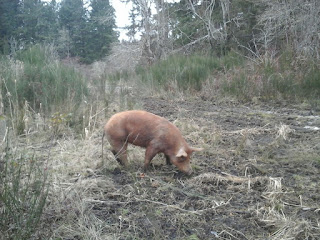 In my Last Post, I spoke of my Great Grand Father Charles Bean, in this post I will tell you about my Grandfather Paul S. Bean Sr.


Paul was born on Nov 13 1989, in 1901 Paul Moved with his family from Ohoma, NE. Paul took to Farming quite naturally and like most farming families started at a young age.

Paul went to school and helped on the farm until he was 15, he then quit school and helped his family run the farm, as they were tenant farmers they had rented farm land in several locations in Sonoma county, so often times, Paul would "camp" at the "other" farm and take care of the livestock there.

In 1915 he married Edna Simmons, together, they had eight children, My father, Wallace, was the next to youngest.

In 1929, the family fell upon hard times, not due to the Depression, but due to the fact that
the land they farmed and lived, was sold. As it turned out the woman who owned the land
died, and her sons did not want to keep it. They did not waste any time evecting my grand parents, so short of notice was given that they were forced to sell all their prized herd of Dairy stock.

Shortly there after the great depression hit making things much worse.
The family was broke up, found jobs, Paul spent many months away
from the family, Edna moved to Petuluma, starting a daycare.
Eventually Paul and Edna divorsed.

Paul worked as a ship builder in the Naval Ship Yard in Vallejo,
CA

In 1945 things started to get better, and Paul took a trip to Oregon to look
for land to buy. Ultimately they purchased 160 acres in Drain, OR
With the help of his eldest sons, they were able to build a small home
before  winter set in. At some point in the construction, Edna, came to
Drain, and Paul and Edna reconsiled, and remarried.

A year later his son Paul jr (kick) was discharged from the army, and in a letter
to his suprise most of the Bean family was no longer living in california, however
two of the daughters had married one, Elenoir was living in Oakland with her husband
Dallas, and Francis, was in Palo Alto with husband Paul.

In 1948, Wallace moved to Drain, with his wife Virginia, and 6 month old daughter

Both Paul jr and Wallace were given one acre each, subdivded off of the original
160 acres.

With the continued support of his newly returned sons they quick work of building
building barns, milk parlors etc.

My grandfather, my father Wallace, and uncle Paul, wife Edna
ran a successful dairy, a realization of a dream started in
Cotati, CA 18 years earlier.

The dairy continued until Grandpa Bean fell ill in 1965. Unfortunately,
he was not able to pass any of the land to either my father or uncle
thus ended the legacy of the Bean dairy.

Next chapter, My Father Wallace Bean